Today, “empathy.” Some stress empathy is central to success in character portrayal. That is, the actor puts himself in the shoes of another, sees that person’s point of view, and, with compassion thus engendered, demonstrates a portrayal of that “otherness” in himself.

But a character is not a person. A role is not a human being. It is a fiction in the mind of the writer. My job and your job, as a character actor, is not to “reflect humanity.” (A reflection is backwards, by the way.)

Rather, it is to enact a fiction. The world of that fiction is described and circumscribed by its dialog and its stage directions. It is a world complete (if well written) in itself.

The characters in the staged world do not need to comport with one’s own experience in life. An Artistic Director once said to a playwright I know of his play, “No one speaks like that.” A comment which demonstrates that A.D.’s profound failure of theatrical imagination. It is not that no one in THIS world speaks like that, but every character in the FICTIONAL world of that work does

Similarly, an actor does not have to demonstrate a compassionate concern for the life of a fictional character. Rather, he invents by means of his imagination, rooted entirely in the text, a character that believable within the fictional world. Whether or not this character is believeble in life is immaterial. The offstage world has no reality for the characters onstage.

The Falsehood of the “Authentic”

Tell me, how is it possible for an actor, when playing a role, to have an “authentic emotional moment?”

It isn’t. And it can’t be authentic because it is all fictive. Playing at make-believe, which is what we do, is an appearance: a persuasive seeming.

Acting coaches have to make a living, too. But when they strive to convince young actors that one’s personal “feelings” – rather than their imaginations – make for persuasive character enaction, they bind up the actor in the chains of his own life.

The wisdom of Oscar Wilde may be adduced here:

“It is only shallow people who do not judge by appearances. The true mystery of the world is the visible, not the invisible.”

“Reality” programming has become popular because, I would suggest, Americans at some level sense the deception that pervades public life. Especially that which is propagated by those who claim prestige on their own terms. In other words, we see through it and more clearly every day.

This is why so many look for something “authentic” or “genuine,” never for a moment considering that reality programming is also contrived. What must be reasserted is the complete falsehood of the stage. It is only through the shared and knowing fiction of intentional falsehood between performer and audience, that the truths of existence may be communicated. The ancients knew this. We knew this, collectively, up until just 50 years ago.

Perhaps in a generation, with the right education of the talented, capable and discerning young, many of whom I have met, we will see a marked improvement in the quality of aesthetic endeavor in this country. I know from experience that the shoots have popped out of the soil, but we must search for them and nourish them.

The Artist and Arts Marketing

Over and again, the mistaken intellectualism and hackneyed fad: “Artists disrupt.”

In my email this morning, yet another production so marketed.   Revolutionaries destroy.   Artists, traditionally in Western civilization, discover and express that which is Beautiful and True.  Very often, that which can not be seen or heard or witnessed without heightened aesthetic discernment.   This is the realm of the Artist.   Many claim to be Artists: few are!

An Artist is a constructive presence in the world, operating aesthetically, whose contribution is a benefit to the consciousness of the audience who is capable of heightened awareness: which is, in my experience, much of mankind.

George Carlin and the Mastery of “Delivery”

“Delivery” refers to technique, but this artfulness makes or breaks the audience’s reception of what’s delivered.  Take, for example, a master of delivery like George Carlin.

Strip his routine of its masterful delivery and what are we left with?  Rather than guffaw-inducing comedy, we discover his fundamental malevolence towards mankind, his misanthropy, his incorrigible pessimism and destructive nihilism.

When I, after 3 decades of laughing with him, suddenly realized the core of his pernicious intent, his delivery failed to persuade me any longer.  I realized the deception in which he was engaged.  Contrast comedians like Laurel and Hardy…

One must insist upon the quality of the ideas conveyed, not merely the perfection of technique that convey them.

If, as an Artist, everyone likes what you do, you are surely doing something wrong.

If, as a Performer, everyone likes what you do, you are surely doing something right.

Many performers (and not just youngsters) I hear emphasize “rejection.” I auditioned. I was rejected. How does one cope with rejection, etc?  Nonsense!

You, I — we are looking for partners in performance. For those whose talents, skills, ambitions and direction correspond in some significant way.

The audition is the opportunity to gauge the quality of the fit. It is not a confirmation of your ability (or lack of it). Unless, of course, you are focused on bolstering your own esteem of yourself. But that has nothing to do with the work at hand: remove it from your consciousness post-haste.

In a production I auditioned for, casting had narrowed it to a handful of candidates, including me; I was not hired. My audition had been excellent: I know myself after all.  So what were they looking for?  I went to see the production. It was, in a word, vile.  I saw what they did with the actor who had been hired and was grateful to have been passed over for the role.   Yes is good and no is also good.

Turn your sights to the work, to demonstrating to the potential partner in performance what you can contribute. Is there a fertile field you both can till, so to speak, together, cooperatively, in accord with both your visions of the work?  Finding that is your our goal.

Classical language is yet our language.  Do you see it?

“I have to say, yet cannot speak
The thing that I would gladly say
My heart is strong, though tongue be weak
Yet I will speak it, as I may
And if I speak not as I ought
Blame but the error of my thought.” 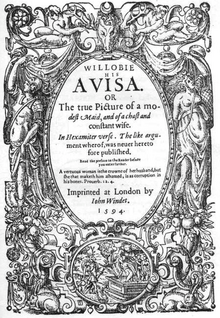 Welles on Character Acting and Personality

For decades, I have found Orson Welles to be as complex and as essential as any of the great creative souls of the 20th century.   This excerpt from Cahiers du Cinéma, No. 84, June 1958, reveals the profundity of his own self-knowledge and its revelatory, yet disguising, nature upon screen.

You know, in the old classic French theater, there were always some actors who played kings and others who did not. I’m one of those who played kings. I have to be, because of my personality. So naturally, I always play the role of leaders, men of some unusual breath: I always need to be bigger than life. It’s a fault of my nature. So it’s not unnecessary to believe there’s anything ambiguous about my interpretation. It’s my personality that’s responsible, not my intentions. It’s very serious for an artist, a creator to be at the same time and actor. He runs a grave risk of being misunderstood. Because my own personality intrudes between what I say and what you hear; and a great part of the mystery, the confusion, of the interest, and all you can find in the characters I play comes from my own personality and not from what I say.

Classical language is yet our language. Centuries have past since what we consider classical was contemporary. And yet, the aesthetic discoveries made by Western civilization, which represent our common tradition, provide us with many opportunities to delight in them, whether poetic beauty or dramatic engagement.

This is the first in a series of video readings of brief segments of the classical language. I’ve read this poem in its entirety for you in a conversational, modern American style. One can say, readily, that this is neither the dialect nor the style in which the poem was written. One question to ask, when reading any work, is this: what did the author intend? Does one take a liberty to read this poem aloud in the modern tongue? And conversationally, without reference to the meter?

The Undertaking, published in 1633, was written by John Donne. The speaker has discovered a woman of rare virtues, worthy of his greatest love and admiration. He must, however, love her in secret (as she presumably must love him in return) because the men of these times will not allow that such a love is commendable.

A good discussion of the work may be found here: online-literature.com/forums/showthread.php?35367-What-does-Donne-s-quot-Undertaking-quot-signify-!

How might (or ought) an American performer read aloud the classical English language, when it was written to be voiced in a dialect long unspoken?

Is a conversational American reading persuasive for a modern audience?

What about meter?  Is a work of definite meter, intended to convey a musical rhythm undergirding the meaning, more persuasive when so read?

In the first video, I’ve read John Donne’s, The Undertaking (1633), in a conversational American cadence.

In the second video, I’ve read the same poem while closely adhering to the meter.  I’ve not approximated the dialect scholars believe readers of the early 17th century would have expected.

Which do you think is more persuasive?